The National Fair Housing Alliance (NFHA) and other fair housing organizations, including South Suburban Housing Center, filed a federal lawsuit against Redfin, a national real estate firm based in Seattle, Washington. After a two-year investigation, NFHA found that Redfin’s minimum price policy discriminates against both home buyers and sellers on the basis of race and national origin in many metropolitan areas.

Here is a look at how this policy plays out in our service area:

“The housing values in our primary service area of predominantly African American neighborhoods and adjacent communities on the southside of Chicago were still heavily depressed from the mortgage market collapse of 2008, then took another blow this year with the onset of the pandemic,” stated John Petruszak, the Executive Director of the South Suburban Housing Center in metro Chicago. “Evidence uncovered by our investigation shows a dramatic pattern of ‘no service’ to homeowners in these south side communities of color by Redfin, with full service being concentrated exclusively in predominantly white areas on the north and west sides of the metro region. Redfin’s racially discriminatory failure to serve these African American communities exacerbates the area’s slow recovery of housing values.”

Here are homes that Redfin refused to service:

On behalf of the National Fair Housing Alliance and nine of its organizational members, listed below, the lawsuit was filed by the New York-based law firm of Emery Celli Brinckerhoff Abady Ward & Maazel LLP and Seattle-based firm MacDonald Hoague & Bayless in the federal district court in Seattle, Washington on Thursday, October 28, 2020.

“Redfin’s policies redline communities of color and will further exacerbate the racial wealth and homeownership gaps. We must ensure that all neighborhoods are treated fairly and have access to the full range of services provided by real estate companies.” — Lisa Rice, President and CEO of NFHA. 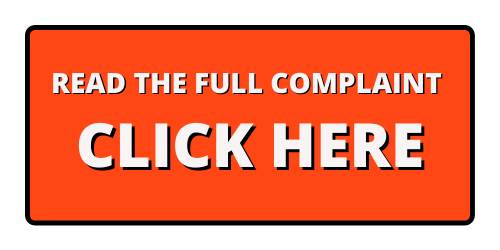 This investigation was made possible in part through a grant from the U.S. Department of Housing and Urban Development.

SSHC is the private, non-profit, regional fair housing and HUD-approved housing counseling agency primarily serving over 100 communities in southern Cook, Will, and Kankakee counties of Illinois since 1975. SSHC’s Fair Housing Enforcement Services also extend to Grundy and Iroquois Counties in Illinois, Lake County, Indiana, and several central Illinois cities.  SSHC’s current Fair Housing Enforcement and Housing Counseling programs assist individuals in all protected classes and ensure that housing providers recognize and comply with the fair housing laws. We seek to promote and foster long term diversity throughout the communities in our service area by working to eliminate all forms of discrimination and exploitation in the housing market.

About The National Fair Housing Alliance